What is human trafficking? Read the signs!

Home | Uncategorized  | What is human trafficking? Read the signs! 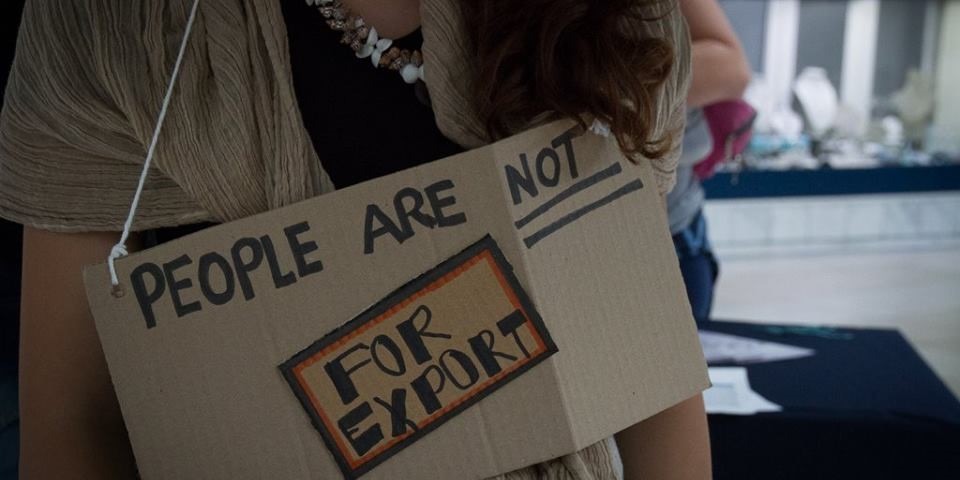 11 Oct What is human trafficking? Read the signs!

Posted at 19:12h in Uncategorized by Antje Nahnsen
0 Likes

“No one may be held in slavery or servitude; No one shall be required to perform forced or compulsory labour.” This is stated in the 4th Article of the European and UN Conventions on Human Rights.

According to Menschenhandelheute.net, the reasons for the inaccurate global figures and the enormous number of unreported cases are complex. They are part and parcel of the difficulty of combating human trafficking sustainably:

Despite widely differing figures, the various human rights organizations agree on one point: Human trafficking is the fastest growing crime worldwide (See this report of the UNHCR).

What types of human trafficking are there?

According to the International Labour Organisation, forced labour is the most widespread form of modern slavery (over 62%).  The most frequently affected are domestic work (24 percent), construction (18 percent) and manufacturing (15 percent).

Work on plantations, textile factories or in households is carried out by children and young people under the age of 18. The salary is either very low or the salary is not paid. As a rule, the children do not have the opportunity to attend school, so that the risk of them becoming victims of exploitative living and working conditions in the long term increases.

The majority (but not exclusively) of victims of sexual exploitation are women and girls. They are forced to work as prostitutes or to provide sexual services free of charge.  The causes often lie in inequality and power relations as well as a lack of education and job opportunities for women and girls. This results in dependencies, especially for women, who make human traffickers their own.

Debt bondage is an instrument of traffickers in both forced labor and sexual exploitation to make their victims dependent. Financially weak people are lured into a debt trap by companies or private individuals. Human traffickers, including private companies – and people offer their victims to work off their debts. However, since the interest rates are too high and their earnings are too low, there are no real chances of ever paying of the debt.

In many cultures, this is understood as a tradition and continues to be practiced. The vicitims are mostly underage girls who are married without their consent for a variety of reasons.

Fortunately, inherited slavery is no longer widespread, but still widespread in various African and Asian countries. This means that people are born into slavery – despite legal prohibitions, social practice continues to exist in some countries, i.e Mauritania).

Know the signs of human trafficking 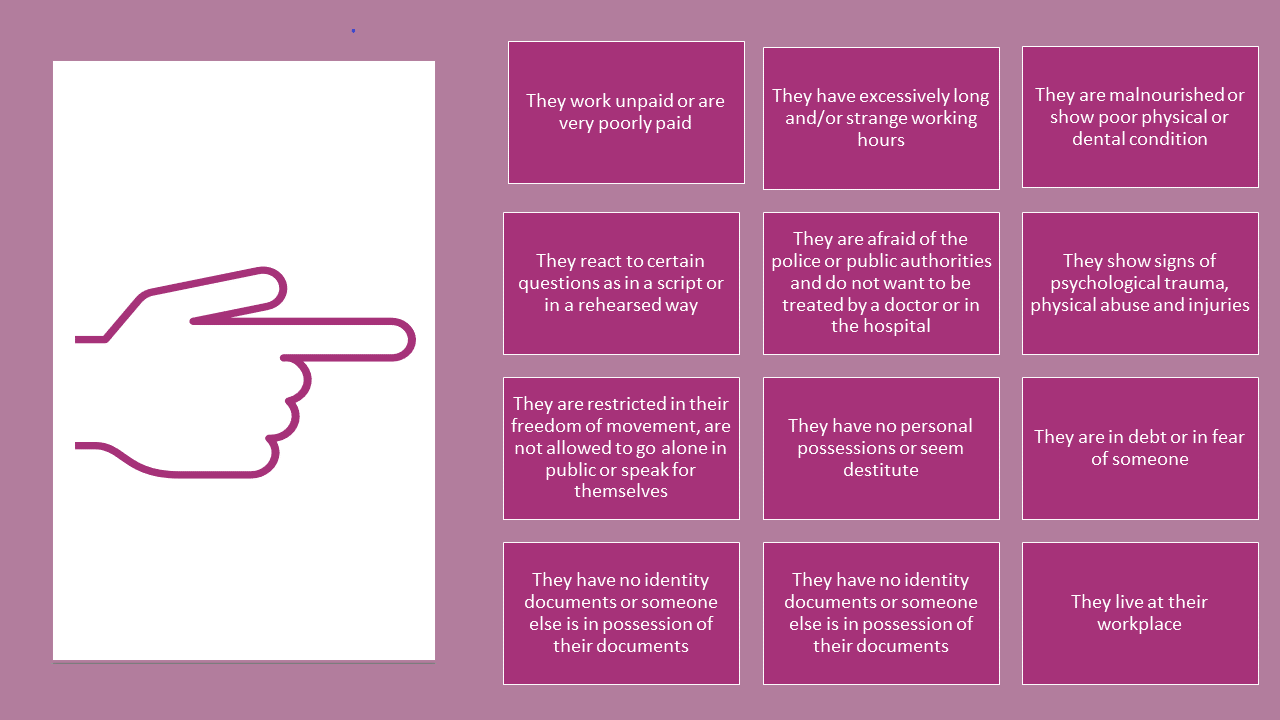 You suspect a case of human trafficking?
Report suspicious behaviour and get help! 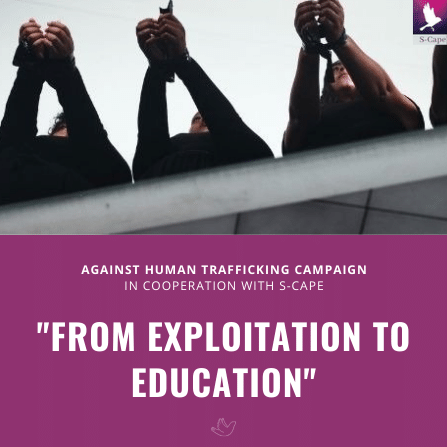 Support our current crowdfunding campaign for a safe-house for victims of human trafficking in South Africa. The shelter offers victims of sexual exploitation in particular a place of protection and supports them in breaking the vicious cycle of poverty, violence and exploitation and empowers them to live a self-determined life.

Learn here how to help! 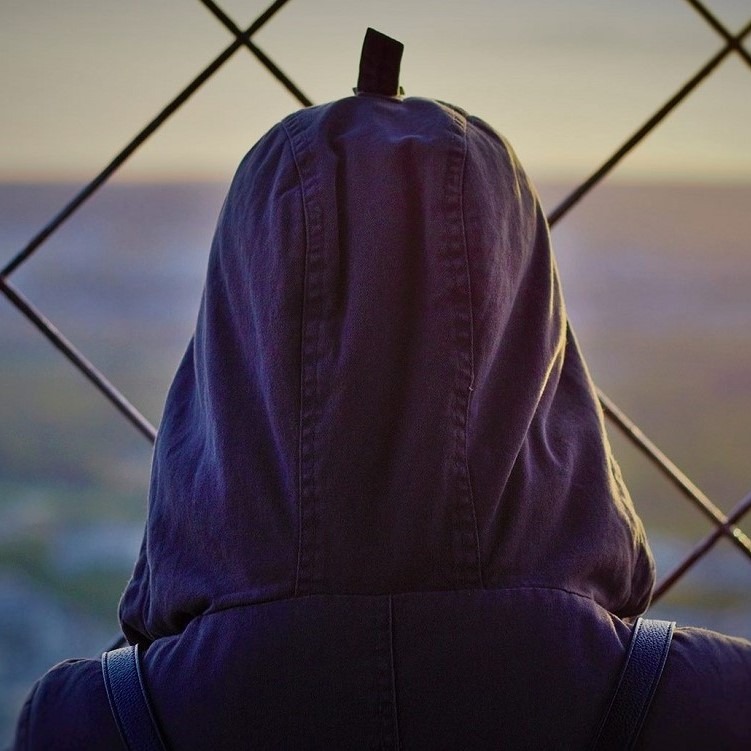 Would you like to support victims of human trafficking in South Africa as part of a volunteer service or internship?

Contact us for more information about the current situation in South Africa and a free personal consultation to plan your unique South Africa experience!